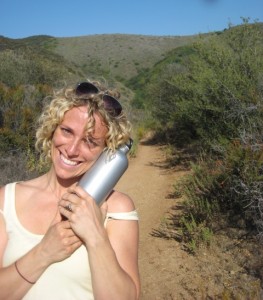 In years past, as Kathleen walked the busy streets of Manhattan, she imagined a more tranquil existence for herself – perhaps opening a café or bookstore on some version of “Main Street” in some Small City, USA. She envisioned living in a place where people walked joyfully down the block, nodding and waving hello to their fellow passers-by.

During her decade-long stint in New York City, Kathleen made her living working in restaurants and as a personal trainer while immersing herself in the acting and writing world.

And then she went to her first yoga class. It was there she found a sense of balance and an understanding of what it meant to be at peace – even in the midst of chaos. She soon began an in-depth study of yoga at Sonic Yoga in Manhattan and immediately following the completion of her 200-hour teacher certification, began her 500-hour teacher training in Prana Flow Yoga through Sonic with Shiva Rea.

Following a new-found sense of direction, Kathleen left NYC for Portland, Maine in the fall of 2010. She immediately felt a sense of anchoring that she had never known in New York. She began teaching yoga at a few studios around greater Portland and it was at Yogave Donation Yoga in Falmouth where she cultivated a true community and met her dear friend and now business partner, Jeanette Richelson. Kathleen continues to teach yoga around town in addition to co-teaching the Yoga Alliance-certified teacher training program at Bhava Yoga School in Portland.

Kathleen brings her knowledge and experience from years in the NYC service industry to Roost but also the appreciation of the sheer joy and freedom she has found in Maine thus far. To Kathleen, Maine supplies not only an abundance of local, organic foods but a sense of place and community that is uncommon in other regions. Through Roost, she seeks to offer a place where that community will be held and honored.

“I could never have done this by myself– I am eternally grateful for having met Jeanette and for learning that sometimes you don’t have to ‘go-it alone.’ Thank Heavens for my family – my given family who has supported me and encouraged me to move forward from a heart space and to my chosen family, who will NBO. To my growing family, Lucas and Amelia, you’re the reason I came and the reason I stay, all ways.” 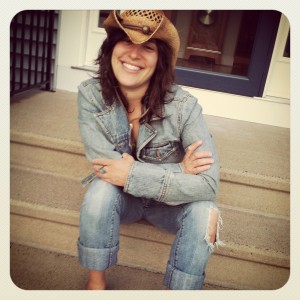 An “Outside of Boston” native, Jeanette first lived in Maine where she received her B.A. in education and women’s studies at Colby College. Her interest in holistic health, plant-based eating and conscious living began during her study abroad program in Kingston, Jamaica in 2004.

Two years later, while working as a server at Berkeley, CA’s Café Gratitude, one of the most successful raw food restaurants in the country, she learned about raw and living foods, juicing and Sacred Commerce. Returning to her Northeast roots in 2007, Jeanette attended the Institute for Integrative Nutrition in NYC, where she became a Certified Holistic Health Coach. She later coached people on how to make step-by-step changes to their diet and lifestyle through green smoothie workshops, e-newsletters, and individual coaching sessions.

In 2009, Jeanette completed a 200-hour yoga teacher training program with O2 Yoga in Boston and a children’s yoga teacher training with Childlight Yoga. She moved back to Maine shortly thereafter and began teaching at Yogave, a yoga studio offering ‘by donation classes’ in Falmouth, which quickly became her second home. This is where she met Kathleen Flanagan. They quickly became friends and started discussing their shared ideas for ways to give back to their community.

Jeanette’s passion for healthy foods grew as she served green smoothies with her bike blender at the Falmouth Farmers’ Market, earning her the new nickname “Fender Blender Gal.”

Jeanette is incredibly excited to combine her passion for raw foods, plant-based eating and yogic philosophy in the Roost venture. She believes that the nutrient dense food grown in our Maine backyard can be a gateway for more mindful speech, thought and action. She and Kathleen hope to cultivate a space where people will experience the pleasure of healthy eating, a joyful atmosphere, and a service that will satisfy every appetite.

“I am so blessed to be opening Roost House of Juice with Kathleen Flanagan! There are many people to thank for inspiring me on this path of holistic health, wellness and ‘present moment’ living: Daisy Mom, Daddio, Eppy, JR, Adrienne Martin, Amy Wolfe, Shirley Campbell, Livity, Matthew & Terces Engelhart and the Café Gratitude Community, Troi Boulanger, Mimi Loureiro, David Clark, Lisa Maxwell and, of course, Kathleen Flanagan!” 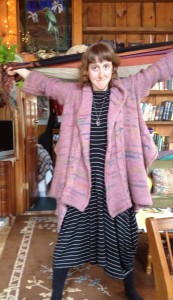 Maria lives and works in Portland, Maine and is passionate about food. Her background in culinary arts, horticulture, holistic health and art informs the way she thinks about cuisine. She believes the human relationship with food has shaped our collective history and evolution in ways we can’t even begin to imagine. Maria’s travels have taken her to far flung places where she had the opportunity to sample many local cuisines — but in her estimation, nothing compares to what Portland, Maine has to offer.

When Maria is not eating, cooking or scoping out one of our region’s great farmers’ markets, you can find her at Yogave in Falmouth where she teaches a variety of yoga classes. She is currently studying yoga therapy, working toward certification as a professional yoga therapist. 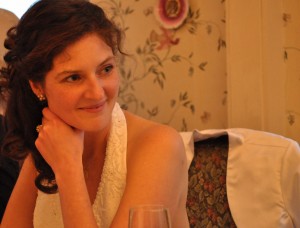 Hallie grew up working on her grandfather’s blueberry, strawberry and daylily farm during the summer. It was during this time period that she became aware of where her food came from and the importance of supporting local farmers. Since then, she has worked as a wellness coach for a Women’s health company, helping many women become aware of the direct impact food has with their body, mind and spirit. Hallie has also worked briefly as the marketing manager at an organic tomato farm. Hallie believes that the relationship between food and body is sacred, and she is happy to find a place like Roost that encourages this relationship. Hallie is also a birth doula. 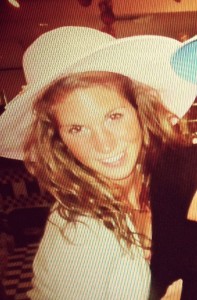 Amy is a student at Berklee College of Music in Boston, MA but remains true to her Mainer roots by coming home to South Portland, ME every summer. Growing up on Sebago Lake, Amy and her two older sisters spent endless hours exploring the surrounding water and woods, which quickly led to her love of running, swimming, playing guitar and yoga.

While spending time in Tanzania as a volunteer Teacher, Amy learned how food and music could heal the human soul and bring people together on common grounds. Since then she has continued to write and perform original songs as well as make healthy (Gluten-Free!) food with her sisters.

To know more about Amy and her music, you can go to: amyallenmusic.com